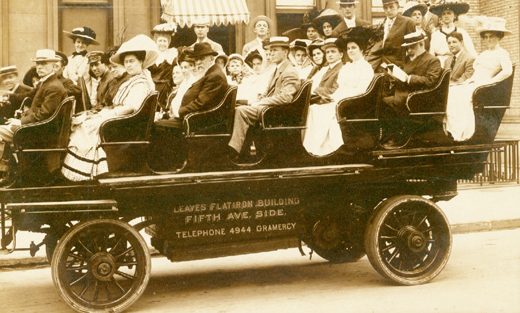 On his very first afternoon in New York, Vito Volterra wasted no time before climbing on a New York City tour bus, while simultaneously catching up on his reading. Volterra landed in New York on August 19, 1909, after spending two weeks at sea on an Italian liner. “I like New York” he reported later that afternoon in a letter to his wife Virginia: “Here the buildings are very tall, at least twelve stories, and they touch the clouds.”

Volterra had been invited to come to the United States for the first time to give a series of lectures at a physics and mathematics conference organized by Clark University in Worcester, Massachusetts. Among the speakers there were Albert A. Michelson, the 1907 Nobel laureate in physics, and the 1908 Nobelist in chemistry Ernest Rutherford. Both of them attended Volterra’s lectures.