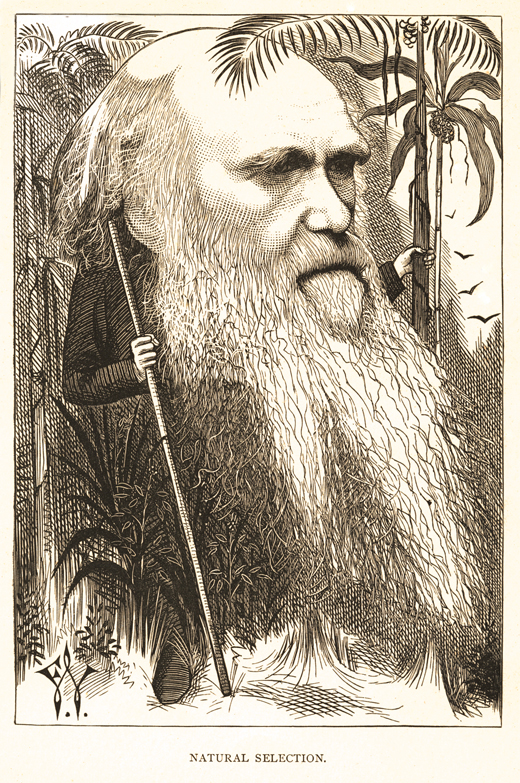 Caricature of Charles Darwin by Frederick Waddy, published ca 1871 in the illustrated journal, Once A Week.

In 19th century Victorian England, the average citizen gained much of his/her knowledge from the pages of newspapers and illustrated magazines of the day. One such journal was Once A Week, where from 1868 to 1873 a series of contemporary “Caricature Portraits of Eminent Public Men” were featured—all drawn by Frederick Waddy, and each subject accompanied by a short biography. Charles Darwin would become one such subject of Waddy’s pen after the 1871 publication of Darwin’s Descent of Man, and Selection in Relation to Sex. By exaggerating Darwin’s prominent features—his long beard, heavyset eyebrows, and large forehead—Waddy, as well as other graphic artists of the day, created an ape-like image of Darwin. Such images of Darwin would very quickly come to represent the theory of evolution itself—or “Darwinism” in popular terms, a word coined by Thomas Henry Huxley, who reviewed Darwin’s 1859 On the Origin of Species. Thanks to this and other Darwin caricatures, his persona as well as his publications became very popular, while other prominent English evolutionists such as Huxley, Alfred Russel Wallace, and Herbert Spencer never attained such notoriety.