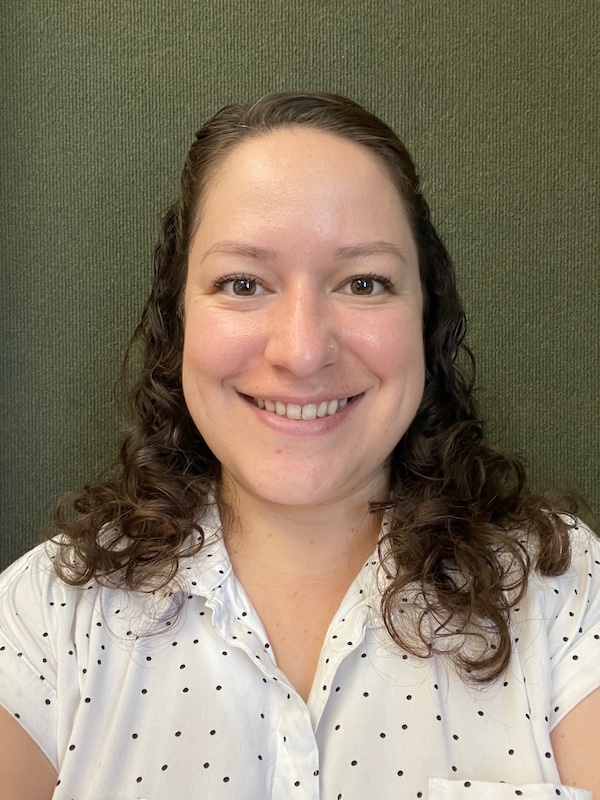 Wendy Maciel began her internship at Sherman Fairchild Library in June and has been invaluable in completing the RFID tagging project. She graciously set aside time to discuss what it means to her to be working in library services and what led her here.

Wendy, the first member of her family to be born in the United States, grew up in the town of Maywood in Southeast Los Angeles. “So all of the experiences where people say ‘Oh Hollywood!’ or ‘LA is so bougie!’—I don’t know that. Little Mexico is where I grew up, a big Latinx community. It was very big in shaping who I am now.”

Libraries have been an important fixture in Wendy’s life as far back as she can recall. At three years old, she was taught to read by her older sister. “I grew up in my public library around my neighborhood. I went to my elementary public school library all the time, volunteered there and at my middle school and high school libraries. I knew even then it was an area where I wanted to work.”

When she was considering what to study in college, people were quick to warn her that libraries were “dying” in the digital age. “And I listened,” she recalls. “Not going to blame anybody. Nobody knew what libraries were going to turn into.”

Instead she pursued a psychology degree at UC Santa Barbara, but left after struggling to balance work and school. “I was very discouraged because I didn’t have a good experience straight out of high school, which now I know is a very common experience for Latinx first-gen students.” Upon returning home, Wendy went on to work as a sales representative for various companies including AT&T.

Wendy used the onset of the pandemic as a motivator to reevaluate her career. She decided to pursue both of her earlier interests. This year, she earned an Associate of Science certificate in library technology at Pasadena City College. She is now completing a BA in psychology at Cal State LA and plans to follow this degree with library school.

From talking to her, it’s immediately clear that Wendy is passionate about child development and education. She mentioned the growing trend of public libraries hiring social workers. and emphasized the idea of university libraries as a resource of emotional support for struggling students. She originally wanted to be a children’s librarian in a public school but leans more toward academics now. “I like the atmosphere in academic libraries, and the opportunities that students have here and being a part of that.” She expressed a desire to work in a university library environment where she can also incorporate her psychology background.

While working on the tagging and encoding project, Wendy has also received training in cataloging, Docuserve, and book repairs (the latter of which she describes as relaxing and a great way to decompress). She has also expressed interest in electronic resources and digitization. But when asked by SFL staff what else she wants to learn about access services while she’s here, she proclaims, “Everything. Just teach me everything and I will try to absorb as much as I can.” —Benjamin Maggio

Enter your e-mail address to receive notifications of new posts by e-mail.