The Caltech Library hosts a Patents class each term, with a speaker from the Caltech Office of Technology Transfer. Resources related to the class can be found below.

Patents can be an excellent source of information on inventions or chemical processes. The introduction/background section can provide a concise review of the literature with references. Patent databases can be searched by patent number, inventor, assignee, keywords, and classification numbers (which can be a substitute for subject headings), among other fields. It is important to remember that a patent search that relies on keyword searching may be inadequate because there is no controlled vocabulary for patents, and similar inventions can be described in a wide variety of ways. The resources in this LibGuide will help you navigate and search several patent sources.

Each patent office publishes their data "warts and all." In general, they do not correct misspellings, OCR errors, or other typos. This complicates search strategies in patent office databases and other third-party databases based on raw patent office data. For example, the USPTO full-text patent database has at least 15 misspellings or variations of the assignee name "Eastman Kodak," e.g. Eastman Kodal, …Kokak, … Kdak, Eaastman Kodak, etc. The same errors appear, for example, in Espacenet and Google Patents (which also has an enormous number of OCR errors). Owners of U.S. patents may file "certificates of correction" (CC) in order to correct these kinds of problems. The USPTO simply attaches the CC to the end of the original patent. CCs are not searchable in the USPTO database, but are included with the image files.

More information about Certificates of Correction:

Commercial vendors (such as Derwent WPI, MicroPatent, and SciFinder) expend considerable time and effort cleaning up and enhancing patent data, and generally substitute a more descriptive patent title. This can be problematic in SciFinder, since the original title is not included in the record. The 'free' patent databases are great for answering general questions, retrieving copies of patents, educational purposes, current awareness and preliminary patent searching, but they are NOT a good choice if your business plan or research project depends on a complete patent search. 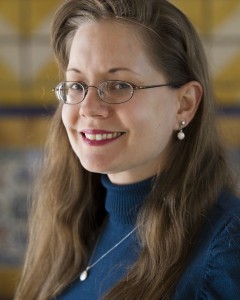